What is the X-factor in successful DysleXics? – Guest Blog

Home > Uncategorized  > What is the X-factor in successful DysleXics? – Guest Blog 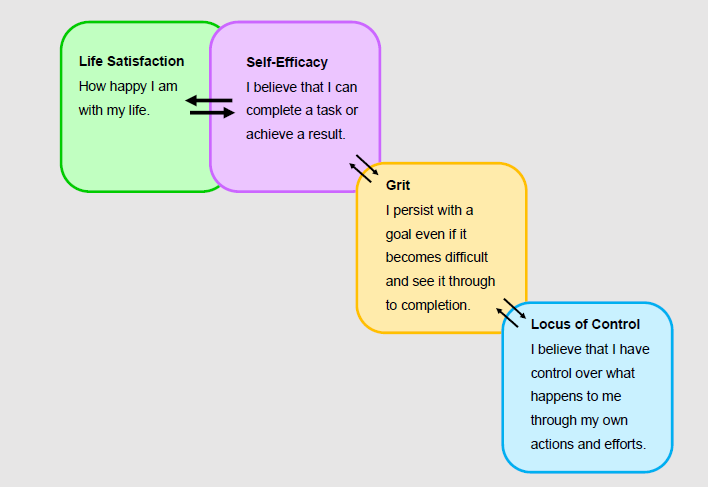 15 Oct What is the X-factor in successful DysleXics? – Guest Blog

Posted at 11:58h in Uncategorized by rosie

We have all seen the lists of famous people with dyslexia, but what about the rest of them – quietly successful, getting on with their lives? I wanted to find out if there was something successful dyslexic adults have in common. Imagine how we could use this information, especially with dyslexic kids.

Based on the work of those who came before me, I decided it best to focus my research on mindsets. Mindsets are attitudes towards situations. I used life satisfaction as a measure of success. Then used self-efficacy, grit, and locus of control to assess mindsets. Self-efficacy is the belief a person has in their ability to carry out tasks successfully. Grit is persisting with a goal to completion, even if it becomes difficult. Locus of control is the belief a person has, that they can control what happens to them through their own actions and efforts.

This highlights how the experience of being dyslexic can cause further damage. In addition to dealing with the difficulties caused by dyslexia itself, we also must deal with challenges arising from our experience of those difficulties especially in our younger years when we are forming our opinion of ourselves and our abilities.

Young dyslexics must be educated in ways that allow them to flourish so that their self-efficacy and self-esteem can develop and grow similarly to their non dyslexic peers. Adults entrusted with young dyslexics need to be aware of how these children’s struggles and failures impact their self-perception and emotional development.

Guest Blog post by Sarah McNally, based on her research project carried out as part of a psychology degree with Dublin City University.